Roaring 40°s Kayaking has a dedicated team of professional staff and guides whom return each summer to share their passion for Tasmania. You can expect highly skilled and knowledgeable guides that are also, of course, friendly and approachable. 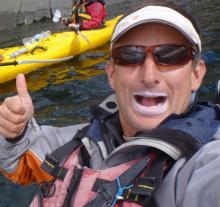 Reg Grundy
Owner | Kayak instructor and assessor
A born and bred Taswegian, Reg is literally mad about kayaking! Together with his wife Jenny, they own and run Roaring 40ºs Kayaking. He is a seasoned kayaking guide and instructor, holding assessor qualifications with Paddle Australia. Some have discovered the diesel mechanic/engineer lurking beneath the outdoors gear and he specialises in being our lateral thinking ‘fixer’. Normally a man of many words, he described crossing Bass Strait a few years ago simply as ‘hard’. He and Jenny have cycled and kayak toured all over the world, most recently cycling through the remote Indian Himalayas. 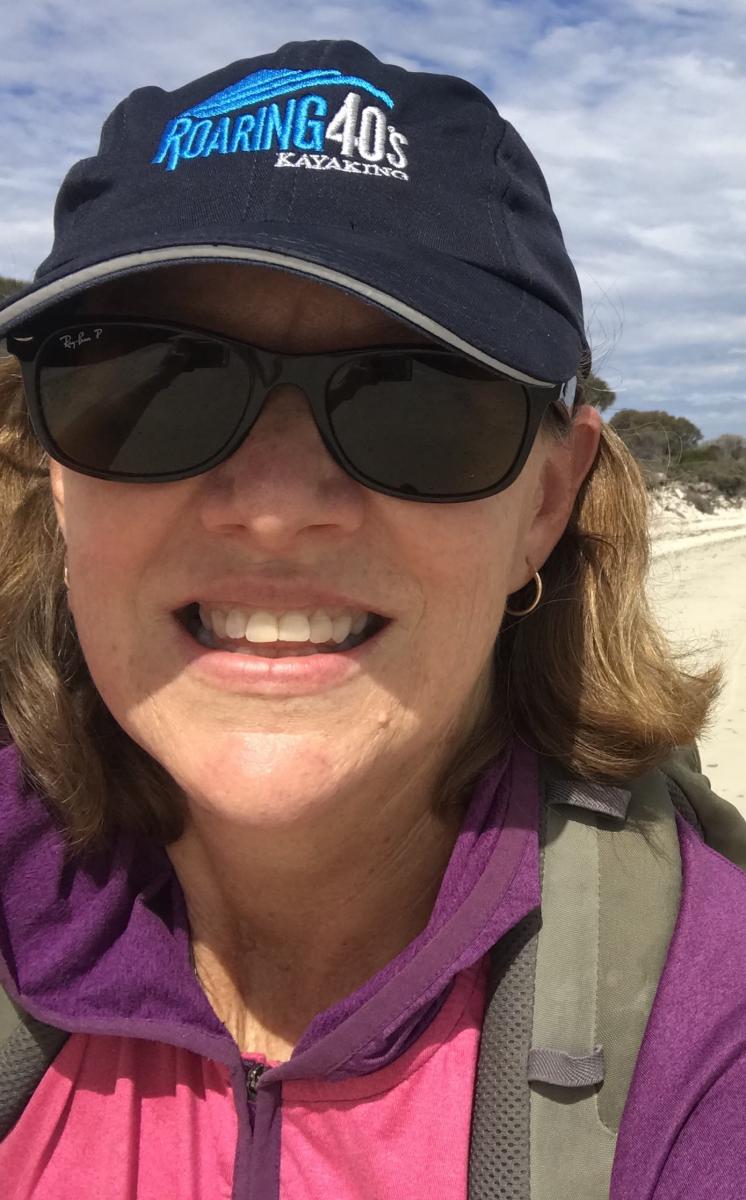 Jenny Grundy
Owner | Business manager
An environmental manager and ecologist by degree, Jenny translates much of her experience and scientific intellect to the management of Roaring 40°s Kayaking. She and Reg have created an award-wining tourism operation. A Queensland emigrant, she too is an accomplished and passionate sea kayaker who loves the Tassie lifestyle, the changing seasons and the snow! She shares the love of cycle and kayak touring with Reg. Her competitive streak breaks out on a badminton court having represented Australia and she continues to win gold at National Masters competitions. 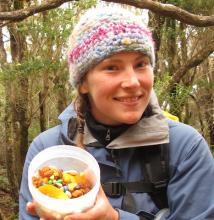 Tory Stewart
Expedition Guide | Surf Ski Paddling Coach
Tory has guided with us each year since our first season in 2013 and contributes superb skills to our team. The wild south of Tasmania beckons each season, ‘It gets under your skin! It’s so beautiful…if I had to choose a second home this would be it’. Tory grew up in a hospitality environment, guests experience restaurant level expedition dining when she is driving the stove. She’s a magician when making ‘something from nothing’ if weather keeps a group in the SW for longer than expected. Not one to take things slowly, she also juggles a teaching degree plus coaching surf ski paddlers. 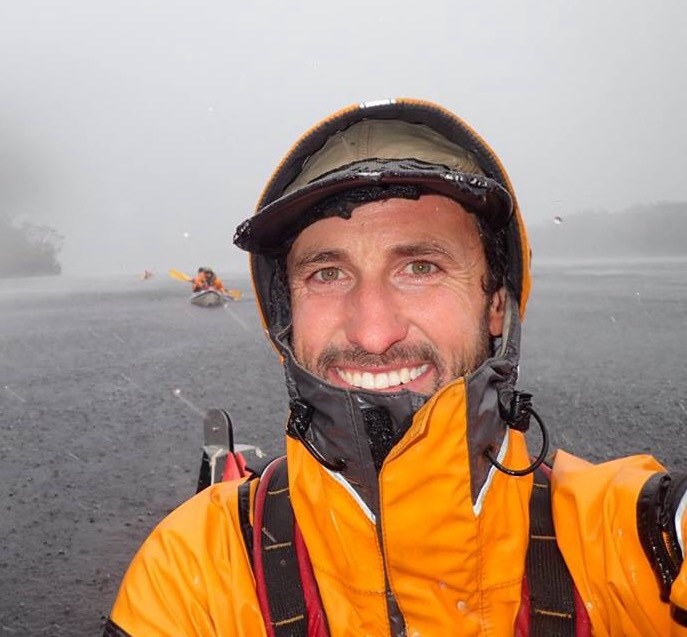 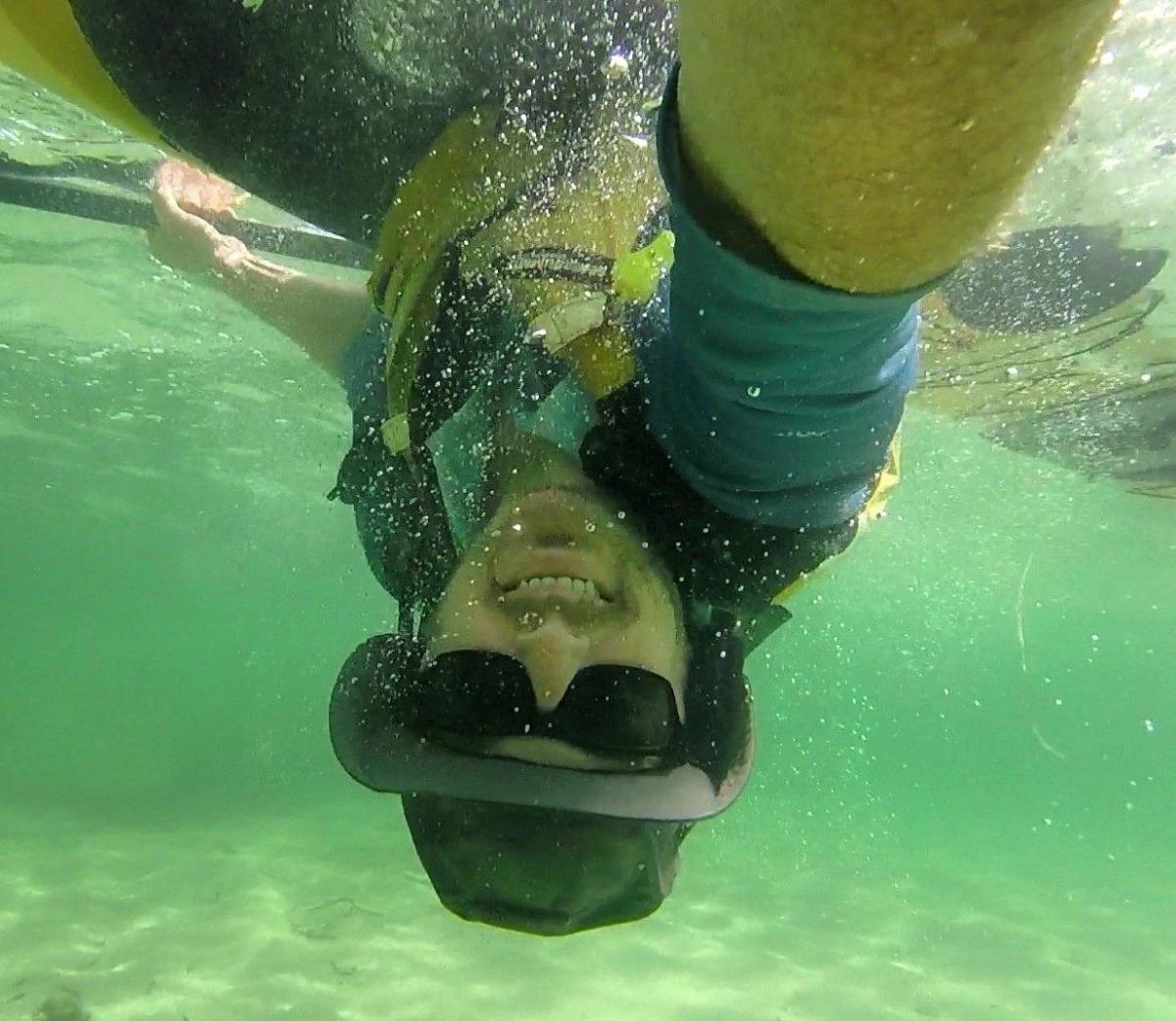 Damo is a Tassie local who finds it difficult to be contained indoors. This coming season will be Damo's 6th guiding for Roaring 40s; he reckons his office is hard to beat! He also works as an Outdoor Education Instructor for local schools. He loves teaching skills but more importantly sharing his froth for the amazing places Tassie has. His favourite kayaking destination is the Tasman Peninsula. "It's world class paddling and it's pretty close to home. There's heaps of amazing wildlife, massive sea caves and huge cliffs! We are very lucky." Damo also recently became a first time dad. Congratulations Damo. 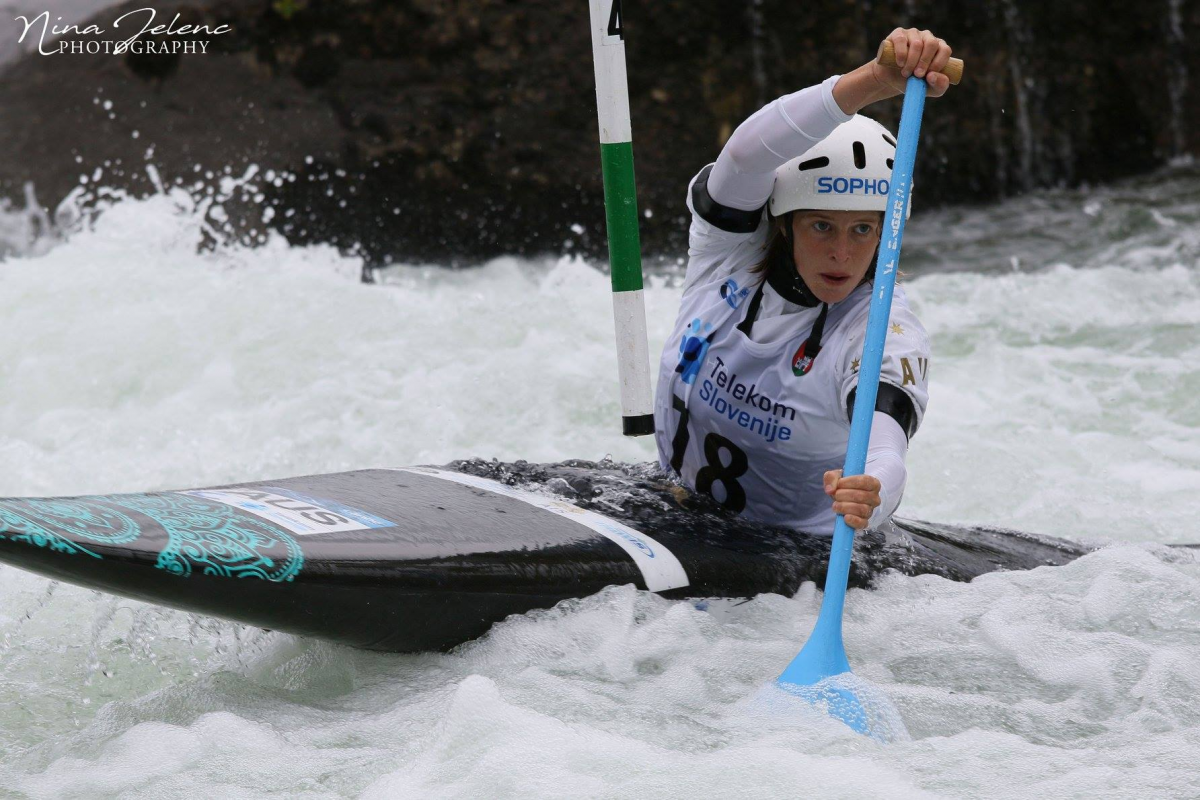 Demleza (Melzie) Wall
Guide | U23 World Championship C1 Slalom Team Bronze Medalist 2019
Don’t underestimate this pint-sized paddler, she is a member of the bronze medal winning Australian U23 Slalom team and her power to weight ratio is seriously impressive. If you want to talk technique and tips, she is innately knowledgeable about water skills (we’ve never seen her ‘swim’). A wild child, she grew up in WA in an adventurous family who climbed, mountain biked, kayaked and walked. It might sound like Wall Family Boot Camp to some, but we benefit from having an experienced outdoor athlete and total nature geek in the team. Occasionally Melzie is confined to indoors while she studies Marine & Antarctic Science at UTAS. 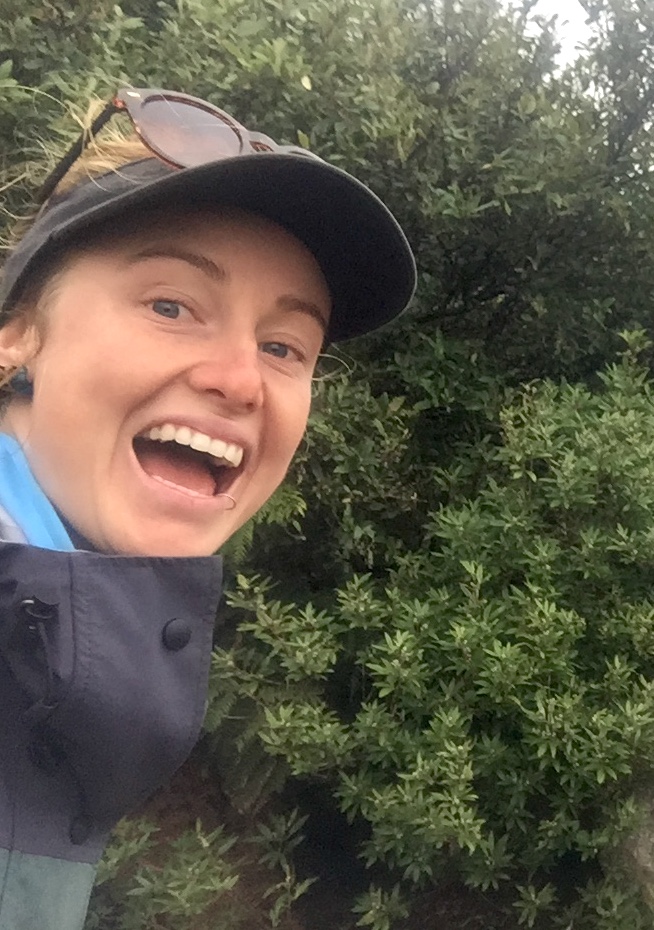 Pip Layton
Expedition Guide | Surfer
Always keen to be on the water, Pip loves nothing better than paddling or surfing the stunning local coastlines and is always keen to share the experience with others. She loves the feeling of total immersion on trips, the outside world blurs and time seems irrelevant. There’s a real connection to the environment and the people you are with. An experienced bushwalking and kayaking guide, she is constantly curious about the natural world. ‘We know so much about life above the water, yet we are only scratching the surface on what lies below. What better way to spark an interest in this underwater world than to spend some time paddling on it’. 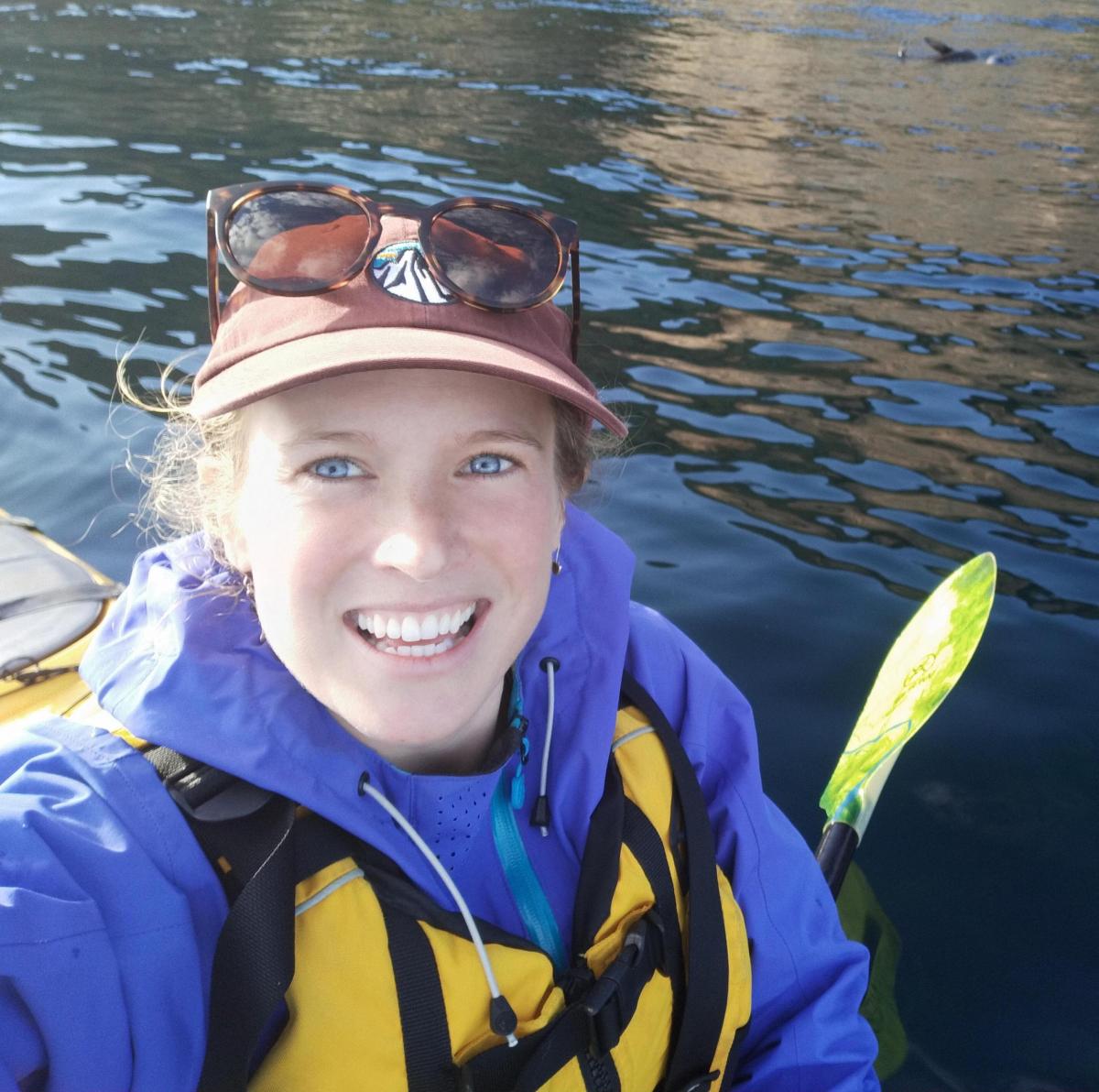 Hayley is a environmental science student with a keen interest in anything wild!! Whether its wild flowers or white water it all puts a smile on her dial. Growing up on the edge of the Dandenong Ranges she developed a love of the outdoors with the forest at her back door step. After graduating with a diploma of Outdoor Recreation Hayley spent 7 years guiding hiking trips in the Northern Territory and New Zealand. Now a permanent resident in Tasmania she spends as much time as she can kayaking, hiking or with her head amongst the flowers.. and some books. 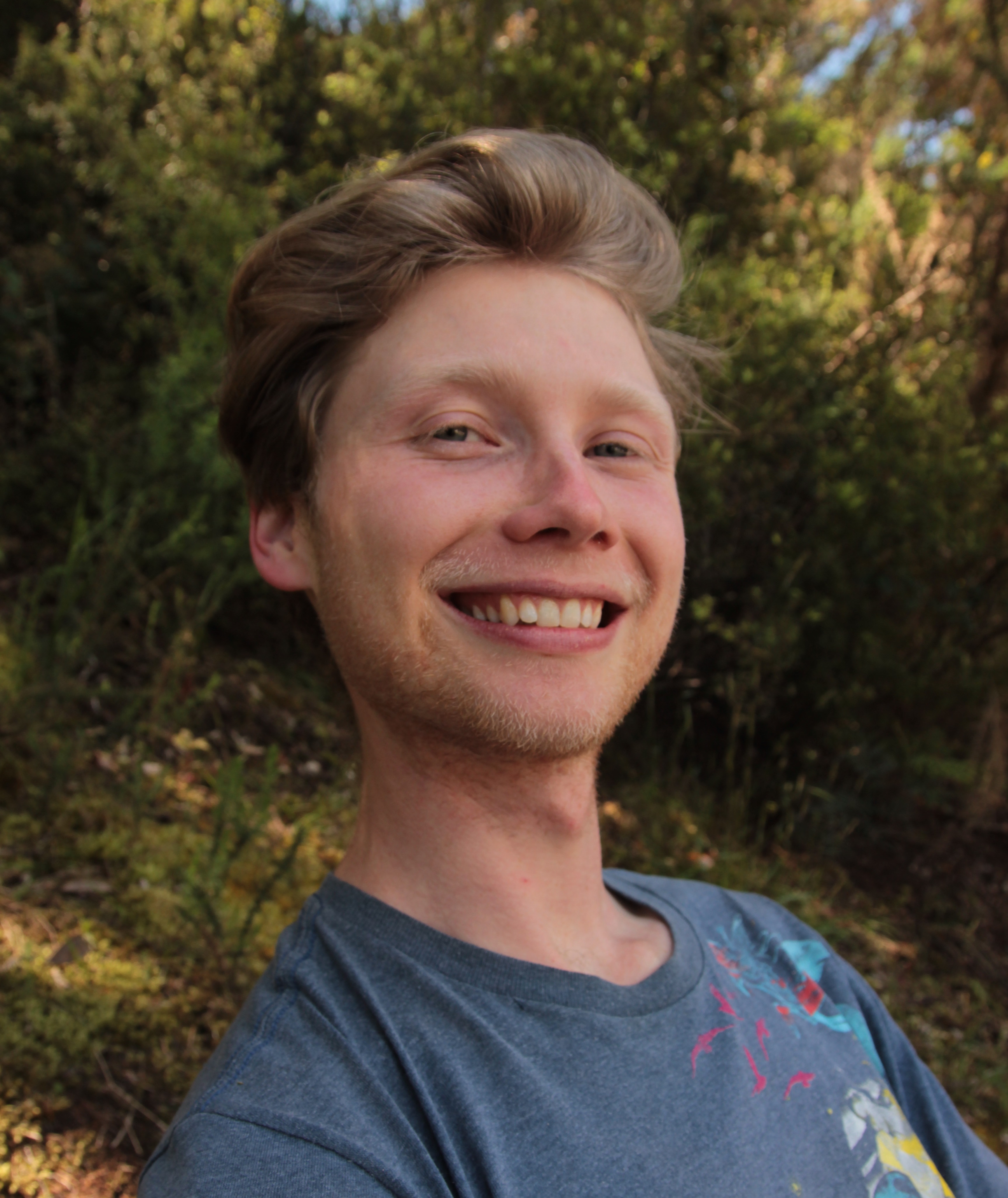 Mischa grew up exploring Tasmania’s wilderness and likes nothing better than getting out on the water or wandering the rain forests and mountains. He’s always had a passion for sharing these places and experiences with others. As well as kayaking with us, he is currently expanding his outdoor skill-set, studying a bachelor in outdoor education and environmental science. 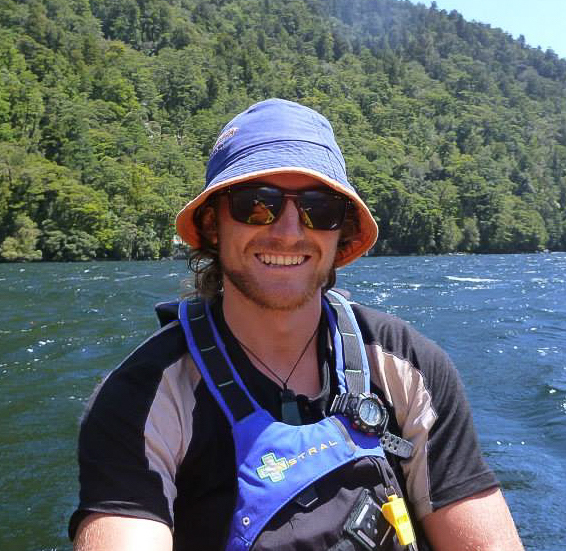 Josh Moreton
Expedition Guide | Kayak Instructor
Josh is a semi-converted Kiwi who is now calls Tasmania home. Kayaking, bushwalking and biking have always been high on his agenda, leading to a career in outdoor guiding, instruction and education. A deep appreciation for the natural environment developed with professional and personal immersion into wild places. He confesses he is rapidly falling in love with 'the adventure playground that is Tasmania'. Josh holds a degree in outdoor education and is working towards a post-grad qualification in conservation land management. 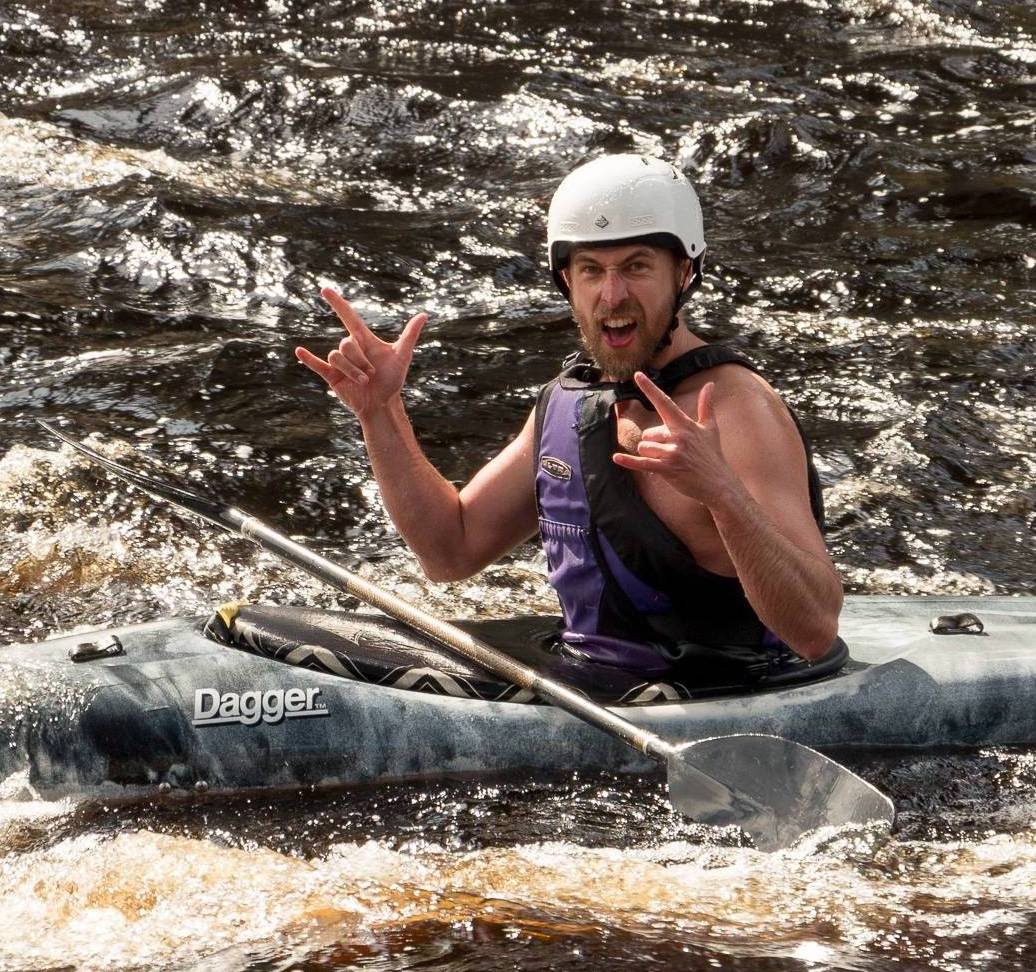 Dan (Patmandu) Patman
Expedition Guide | New Dad
Daniel has been in Tassie for a decade and when he's not out exploring the waterways and rivers of the south you'll find him walking or running in the mountains. He's an avid gardener creating home in an old apple orchard in the Huon Valley. Daniel is in his second season guiding with Roaring 40s Kayaking after spending many years working in Tasmania's conservation movement. There are a few past/present engineers in the team and this is also another of his skills. Daniel’s journey recently got more adventurous with the birth of his first child! 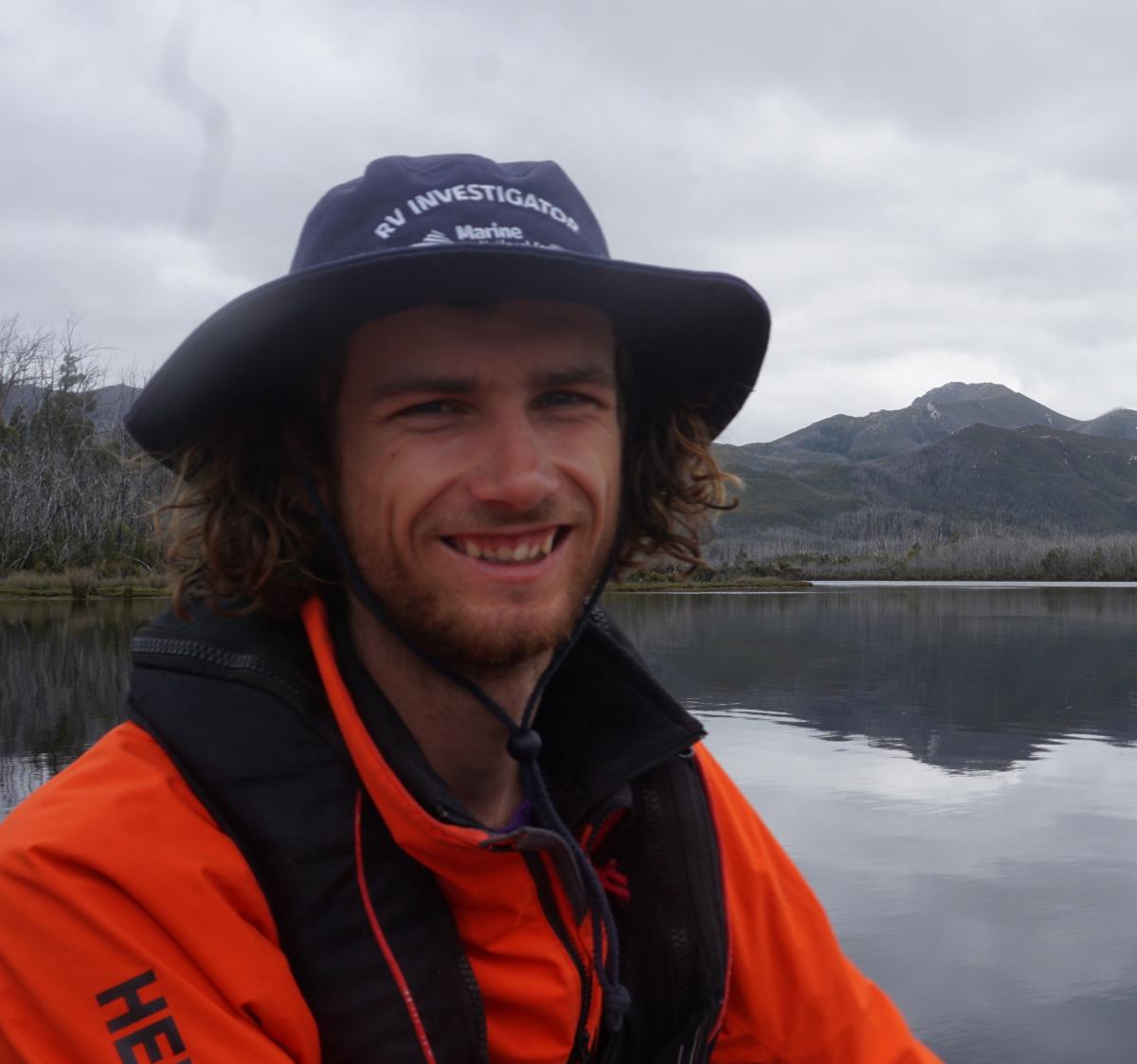 Jai is another Tassie water baby and grew up in Huon Channel area. He has been guiding in Tasmania for over 5 years and is a keen kayaker, bushwalker, skier and sailor. Recent achievements include completing the Sydney to Hobart yacht race and skiing down Mt Ossa (Tassie’s highest mountain). In his spare time he is studying Marine and Antarctic Science at UTAS. 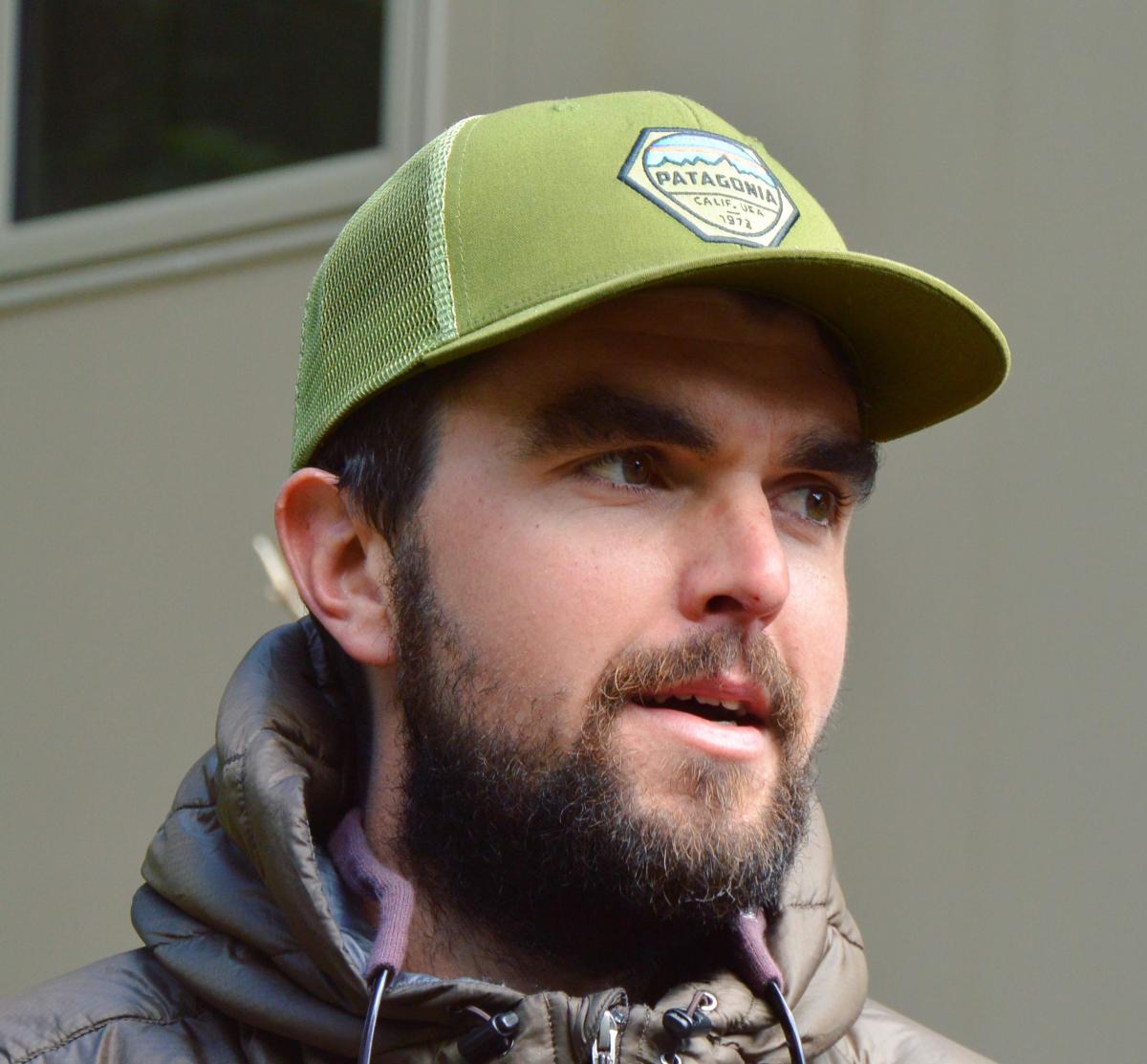 Sam jumped the ditch when the trans-tas bubble opened up. He comes eager for new adventures, and keen to learn and engage in the unique Tasmanian flora, fauna and geology. Sam has degree in Outdoor Education, and a rich history leading 30-day expeditions around the globe. And just to round out the skill set, is a trained and passionate chef! 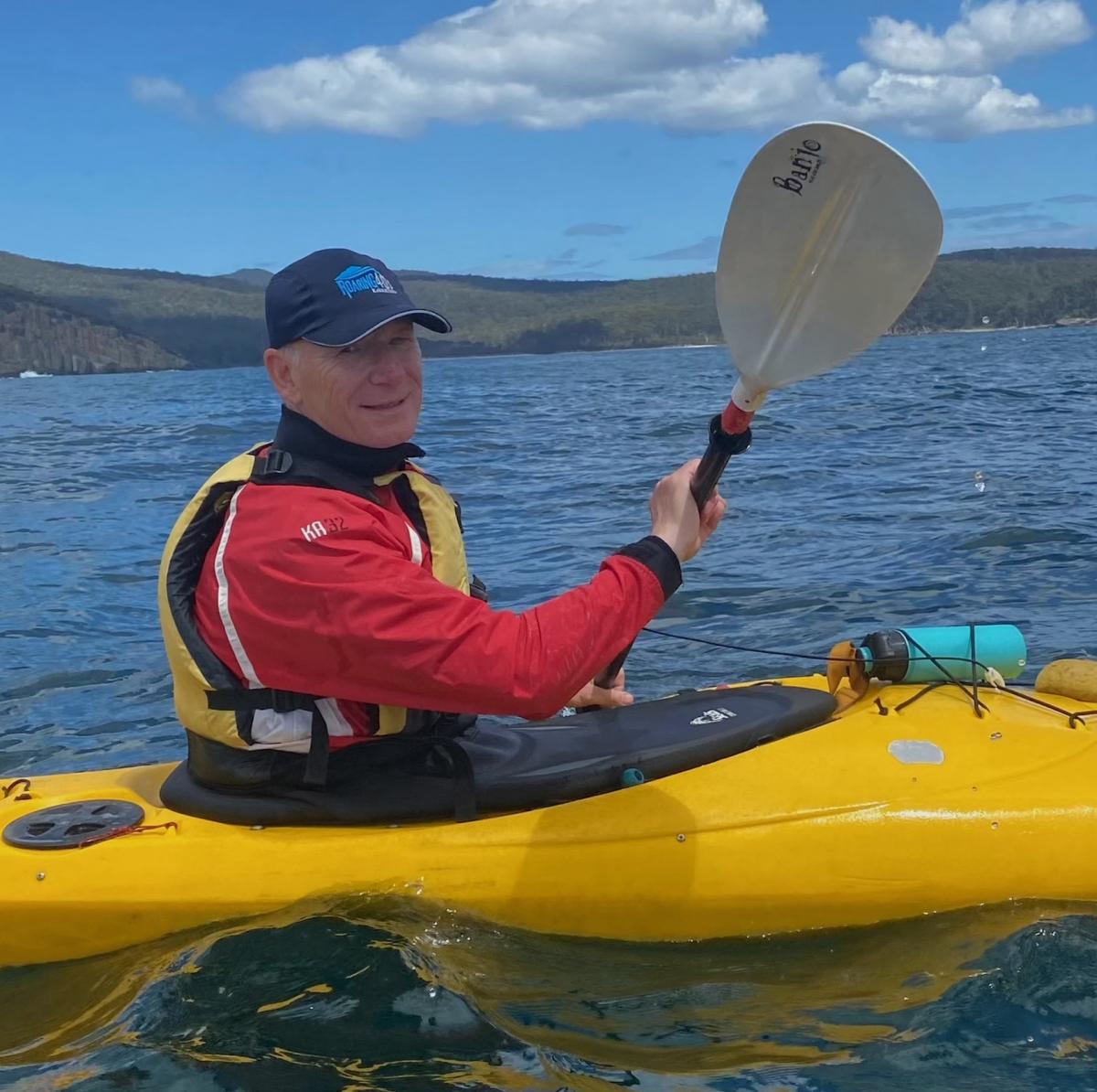 Jon grew up in London’s suburbia dreaming of a life on the water and exotic lands far, far away. Never one to rush a decision, it was 30 years, a young family and a career in design management later, before he finally emigrated to Tasmania. A chance meeting with Reg led to the TasTAFE Guiding course where he was taught by Roaring 40s own Reg, Tom, Pip and Josh in what he now describes as 'the longest job interview ever’!  Jon is a passionate advocate for Tasmania’s wild places and is living the dream in his first season as a qualified Tasmanian bush walking and sea kayak guide. 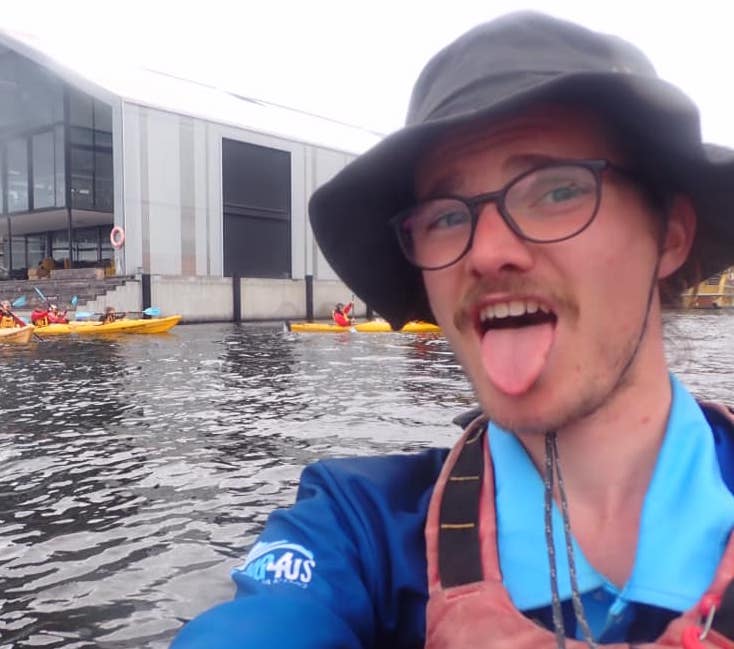 Growing up in Tassie Jonah has spent his time bushwalking and mountain biking and has recently discovered life on the water. As a 7 year old he had an amazing adventure living on remote Maatsuyker Island! Together with his sister and mum he published a book called "The lighthouse kids of Maatsuker Island : a true Tasmanian Adventure". He still loves spending time on Maatsuker and is involved in the weed eradication program on the island. From his time on Maatsuyker and other remote locations around lutruwita (Tasmania), Jonah’s built an appreciation and amazement for the natural environment. With his creative and physical thinking, Jonah likes to make and fix a few things in his spare time too - and is the one to call for any kayak repairs. After completing the TasTAFE Guiding course and meeting Reg and Tom in early 2021 he’s keen to get paddling! 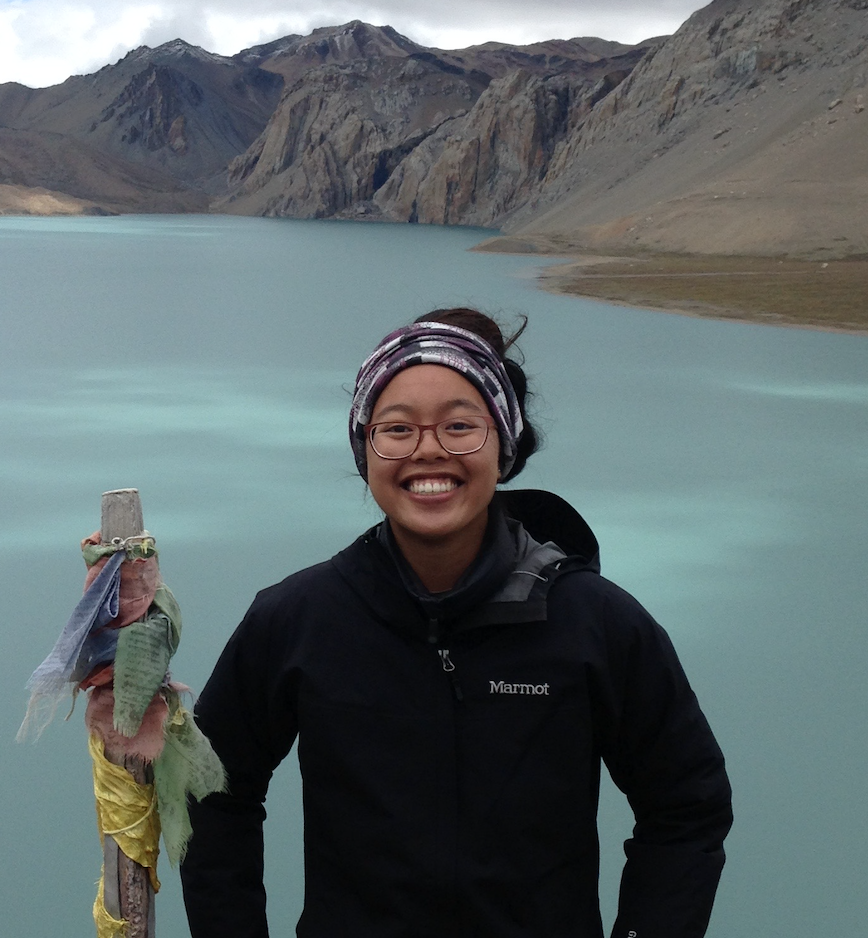 Caf has loved the water since she was young, whether it be racing in the pool or to the bathtub. At school she particiapted on a kayaking trip guided by Reg himself, and that’s where her passion for paddling began. Since then she has completed the TasTAFE guiding course and is now studying nursing at UTAS. On her days off you’ll find her tinkering on the piano, holding child’s pose, or somewhere amongst the cushion plants and misty mountains.