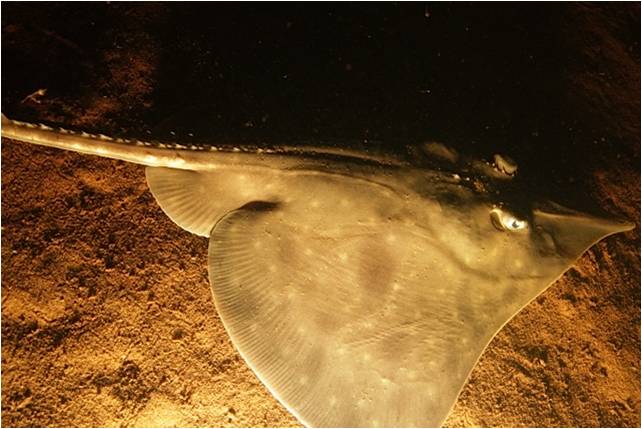 As we glide over the water in our kayaks, we’re always curious about what lays beneath.  It can be a beautiful, colourful place of corals, seaweed and marine life which is easy to see from above but what about waters like those of Bathurst Harbour? Here, the tannins inhibit the sunlight, leading to a murkier view.  The creatures in this mysterious underworld have adapted to a darker, hidden place so often there is little known about them.

The Maugean skate (Zearaja maugeana) is one of those, first discovered in Bathurst Harbour in 1988. It’s been described as a relic from Gondwana, coming from a time before fish had bones.  We asked Associate Professor Neville Barrett what makes this unique creature so peculiar and intriguing:

1. Where and when was the Maugean skate discovered?

The Maugean skate was first discovered in Bathurst Harbour and Bathurst Channel in Port Davey by Graham Edgar during a Parks & Wildlife biological survey in the early 1980’s. It was subsequently described as a new species by Peter Last from CSIRO, a world expert in shark and ray taxonomy.

Several recent attempts to find skates in Bathurst Harbour/Channel have not been successful, with the last sightings in the 1980s. This indicates that the population, if still present, is very small relative to that found in Macquarie Harbour. 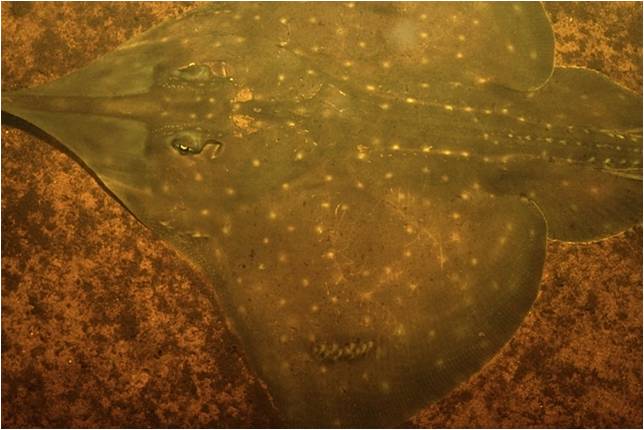 3. What makes it so unusual?

This skate is quite peculiar in a number of ways:

4. Is the Maugean skate under threat?

The skate is listed as endangered and is certainly under some significant pressure at present.

We now know that the main population is found in Macquarie Harbour where there has been a well-documented decline in water-quality due to the expansion of salmonoid farming over the past decade. That has resulted in waters below 10 m, and sometimes shallower, at times having oxygen levels below which most fish species cannot breathe.

While the skates are mobile, and can track higher water quality where necessary, it is quite likely that having a large part of their habitat off-limits to them for extensive periods will have a marked impact on their overall population numbers through time.

Changes in marine farm stocking-rates in the last year or so may result in improved water quality, but it is going to be essential for the long-term survival of this species that water quality continues to return to normal levels in the mid-water and bottom-water of the harbour, and that we keep track of population numbers to ensure this unique species continues to be a special part of Macquarie Harbour.

5. Why do you find it so fascinating?

I’m fascinated by this species because it is a very late discovery in the fish fauna of Tasmania, and it’s amazing that such a large skate could be there, hidden under our noses for so long. It’s also unique in its adaptation to the estuarine environment, and its ability to feed and survive in the low-light waters found in these special tannin-dominated western Tasmanian estuaries. There may yet be other surprises in store for us in such areas if we get the opportunity to look a little closer. 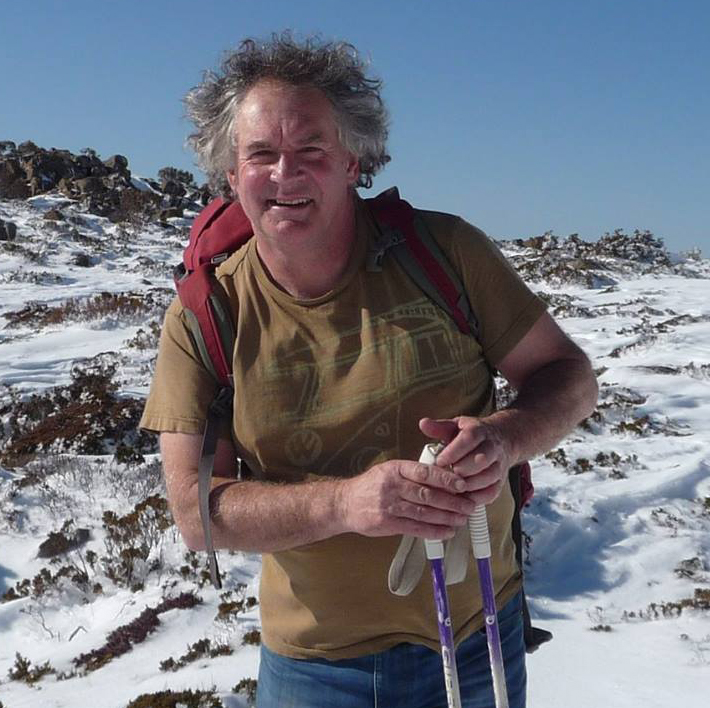 About Associate Professor Neville Barrett
I’m a research scientist and occasional lecturer in marine biology, based at the Institute for Marine and Antarctic Studies (IMAS) at the University of Tasmania.

My central research focus is on rocky reef fish biology and ecology, as well as the biodiversity and function of rocky reef ecosystems in general. Much of this has involved studies of MPA’s as a way of describing and understanding Australia’s reef species and habitats, how much of the variation in species distributions and abundances that we describe is related to natural variation, and how much is directly attributed to human activities such as fishing.

More recently, this has included exploring further offshore into the deeper waters of the Australian Marine Park network across the continental shelf, but that’s another story ….(actually our recent seabed mapping would be of interest I think…what lies beneath! We just mapped the reef systems off SW Cape in full 3D, and it does look quite incredible).

Other links for the Maugean skate: