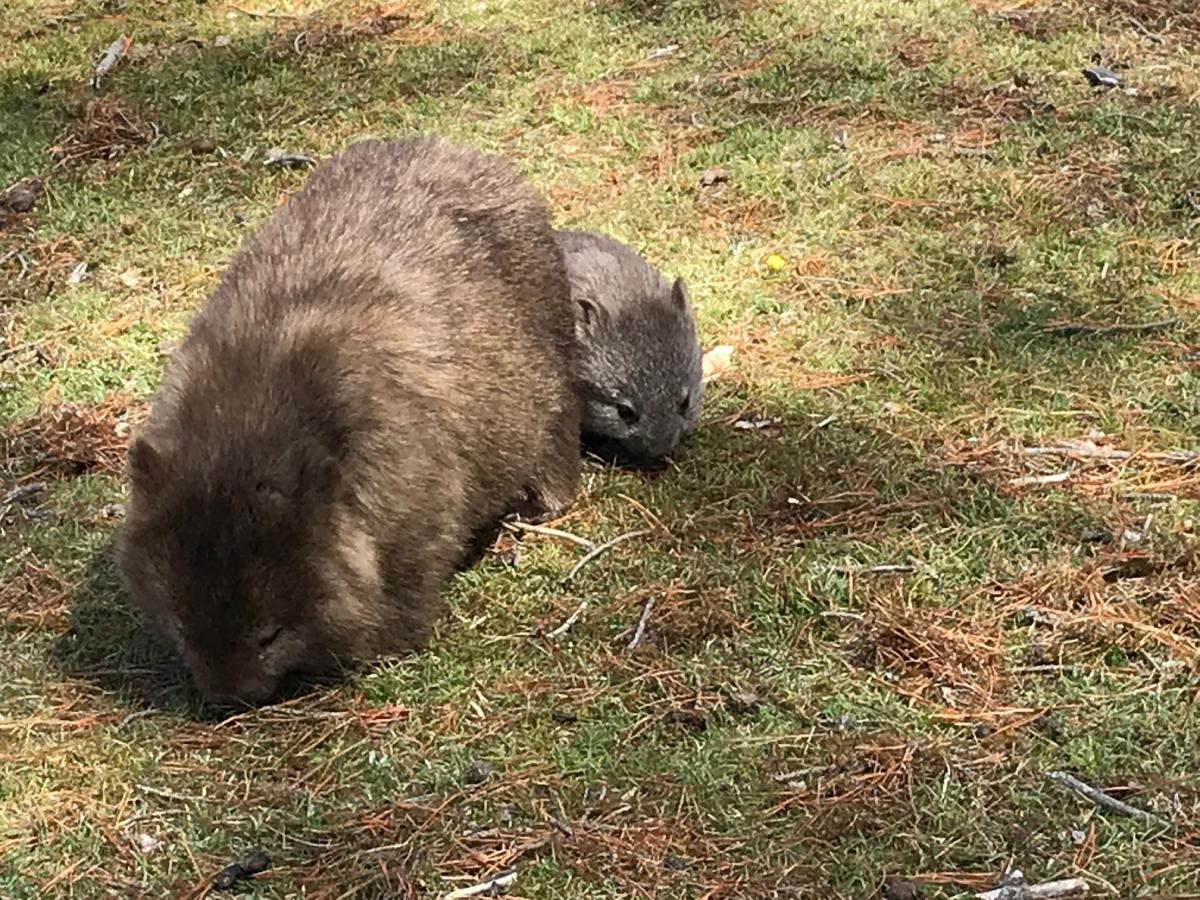 We love seeing the many wombats ambling around the stunning landscape of Flinders Island and are always keen to learn more about the wildlife we encounter on our kayaking trips. Our ears pricked up recently when new research on these affable creatures was announced.

Scientists at the University of Tasmania (UTAS) have recently published their findings about the genetic structure of bare-nosed (or common) wombats around south east Australia. This research, carried out for the first time, adds a significant weight of knowledge about the species which greatly aids its management and conservation.  We caught up with UTAS researcher, Dr Scott Carver, to find out more about this research and another topical wombat issue, mange.

1. What did your research find?

We gained a far deeper understanding of the population’s genetics – the key findings were:

a) Confirmation of three sub-species – the south eastern Australian mainland, Tasmanian mainland and the Bass Strait Islands (once King and Cape Barren but now only Flinders).
b) The healthy population on Maria Island is genetically of the Bass Strait sub-species. Wombats were on the island prior to the 1970s when a translocation from Flinders Island occurred, so it hadn’t been clear whether any interbreeding had happened.
c) Across Tasmania wombats more geographically distant from one another were more genetically distinct than individuals sampled nearby.
d) There are more of the Bass Strait wombats than previously thought – a very welcome finding.

2. Why is this research important?

It really helps us manage the wombat populations, especially when translocation is being considered.  There has been some suggestion of moving wombats from Maria Island to mainland Tasmania, but the research advises against this. The other important implication is for orphaned wombats to be released as close as possible to where they came from.

3. Wombat mange has been in the news here – what exactly is it?

Mange is a disease caused by microscopic mites that burrow into the skin. Mange actually affects over 100 species worldwide, including humans (scabies).  Records from 200 years ago show it was present in early European settlers (humans and animals) so it has existed in Australia for a long time (Koalas in some areas of Victoria also suffer from the disease).

Wombats don’t cope at all well with the mites. They suffer a slow painful demise, slowly losing body condition, and then ultimately dying of opportunistic secondary infections owing to being in such weakened states.  This suffering is a significant animal welfare issue.

4. What impact has mange had on the wombat population in Tasmania?

There have been heavy impacts on some local populations, eg Narawntapu National Park/ Greens Beach in northern Tasmania.  Mange had been present but a severe outbreak beginning in 2010 has caused the population to crash over a number of years.  Some wombats still occur in the park, but it is too early to know if the population will recover.

There is good news however – the wombat population state wide has actually increased over the last 30 years. Our research shows that wombat populations can coexist in the presence of mange disease, although at lower abundance than when the disease is absent.

5. What is being done about mange?

Some community groups are treating wombats in affected areas which eases the wombat’s condition for a period of time. The issue is that the current treatment regime needs repeated applications and to be honest, wombats are bad patients! As they start to improve, they become more reluctant to be treated and often change burrows.

We are currently trialling a new, longer lasting, single dose treatment on wombats and hope to have the results of that soon.

6. Bonus question for wombat lovers! What’s quirky about them?

Scott is a Senior Lecturer in Wildlife Ecology in the School of Biological Sciences at UTAS and Chair of the Wildlife Disease Association Australasia.  He specialises in the ecology and epidemiology of infectious diseases, spanning wildlife, domestic animal and human health.

Whilst wombats are his favourite topic, his research also includes mountain lions and bobcats in North America and mosquito-borne diseases. The research paper can be read here.