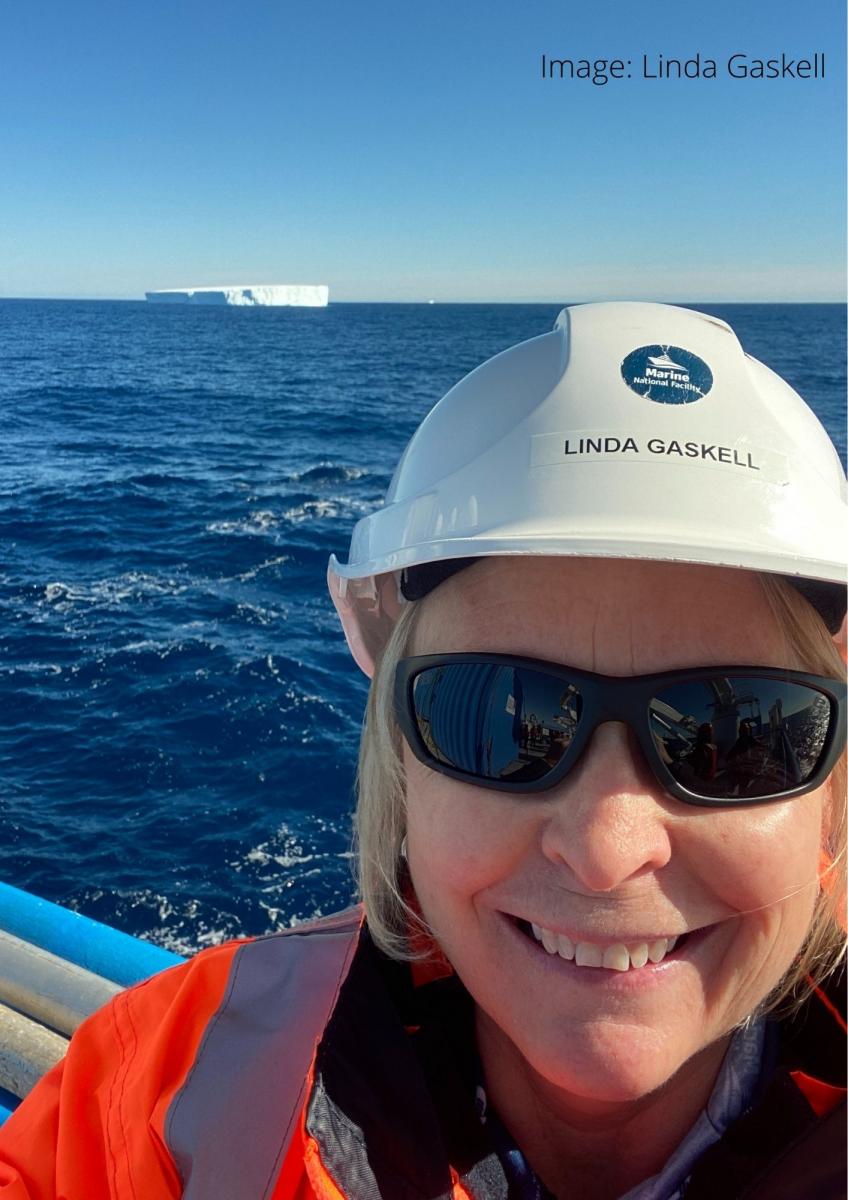 Marine research ships Investigator and Aurora Australis have long been features of Hobart’s waterfront and always spark interest on our City Paddles. Curious about life on board we asked Voyage Delivery Co‑ordinator/Voyage Manager, Linda Gaskell, about planning and working on a voyage of research vessel (RV) Investigator.

Linda has been at CSIRO, operator of the Marine National Facility (MNF), for more than 11 years and co-ordinates voyages on land and manages them once the ship takes to the sea. Planning a science voyage is complex enough with teams of scientists and those deployed to support them without a pandemic featuring in the mix.

1.     How far out does voyage planning on RV Investigator start? And how different is trip preparation/experience under COVID?

Planning starts around 12 months out from voyage departure.  A Voyage Delivery Co-ordinator is appointed to manage all aspects of voyage planning with internal and external stakeholders, to ensure the ship departs with everything and everyone onboard.

COVID has had a significant impact on our planning; initially with the delay of all voyages until around mid‑2020, to the introduction of our COVID Management Plan and Protocols detailing the MNF’s management of COVID leading up to and during a voyage. The health, wellbeing and safety of everyone on the ship is paramount and we've had to adapt onboard activities to reflect the same restrictions you may face onshore i.e. physical distancing, enhanced cleaning regimes and cohorting (separating teams of people on board).

Antarctic Bottom Water (AABW) is cold and salty seawater, produced uniquely around Antarctica. Its formation is a driver of Earth's ocean circulation, redistributing ocean heat around the globe. AABW forms in only four known locations around the Antarctic margin, and was recently discovered off Cape Darnley, East Antarctica. A warming climate will impact on the production of meltwater and AABW, therefore impacting future ocean circulation patterns channelled by seafloor topography (shape of the seafloor). To understand future oceans, our research aims to understand past changes in AABW production by investigating Cape Darnley seafloor sediments, which record Earth's previous warm periods.

This expedition will collect new information on volcanoes responsible for the largest types of volcanic eruptions, focusing on those located along the submarine Kermadec volcanic arc, northeast of New Zealand. The voyage will target three massive caldera volcanoes (Macauley, Havre and Healy), studying their internal structure to understand eruption style and sediment deposit processes. This research will provide novel data on hazards linked to submarine volcanic eruptions, such as tsunamis and breakage of underwater communication cables.

This voyage will maintain the Southern Ocean Time Series (SOTS), a set of deep-ocean moorings that provide world-leading automated observations of the exchanges of heat, carbon dioxide, and oxygen between the ocean and atmosphere, and the physical and biological processes that control them.

Data from these moorings contributes to forward projections of climate warming, the setting of emissions targets, quantification of ocean acidification,  and the assessment of ocean productivity and health.  Sensor data is delivered live to the internet and samples are collected for further study in Australia and internationally.  As the only sustained Southern Ocean observatory, SOTS is Australia's pillar in the global effort to understand our changing ocean.  (https://imos.org.au/facilities/deepwatermoorings/sots )

3.     Are there any peculiarities for working with science teams on board?

Our scientists are incredibly passionate about their work and their projects are many years in the making – being on RV Investigator is just one part of their overall research. It's not an easy process to get on board, so they are very focussed on meeting their objectives during the finite time they are at sea.  The entire ship's complement becomes a mini community where everybody collaborates in the work being undertaken with the scientists, support staff and crew all pulling together to make science happen.

I don't think there is much which would be considered 'normal' whilst at sea! RV Investigator is a moving platform, is exposed to rapidly changing conditions and in what can be unfamiliar and remote circumstances. It is a closed community that operates on 12-hour shifts, 24 hours a day, 7 days a week in a dynamic and sometimes challenging environment due to the diverse activities undertaken in highly variable conditions. There is a real sense of achievement when we tie up alongside at the end of a voyage – a feeling of 'yes, we did that!'.

5.     What was your most memorable part of the Antarctic 60 day voyage in Feb/March this year?

There are so many to mention: our first sighting of an iceberg, watching the stunning southern lights – Aurora Australis – overhead at night, a snowflake landing on my jacket during an onboard BBQ, being surrounded by more than 30 curious whales – they were so close I could almost touch them! And, of course, the food! The catering staff do an amazing job providing 3 meals a day and all the snacks you could ever wish for. The gym gets quite a workout – although walking up 10 flights of stairs multiple times a day also keeps you reasonably fit!

RV Investigator is part of the Marine National Facility, a national research capability funded by the Australian Government and operated by CSIRO on behalf of nation.